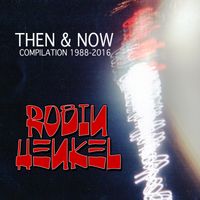 From the recording Then & Now

Sometimes I don’t know how to describe my music. Very often a tune is an experiment in combining instruments, groove, production and effects without a clear goal in mind. I’m working the various elements without really knowing where it’s going or where it will wind up. This track—Twenty Pancakes—is a new version of a previously recorded tune from my 1999 CD release “Highway.” Many years later I added a 5 string bass to my arsenal of gear and was pleased to put some gritty low glissandos in this recording. It’s common for modern recording artists to use the sounds available in their digital audio workstation—“in the box” as they say—with recorded audio played by musicians. It’s fun and it opens the doors to a lot of artistic possibilities.